Sarah died when she was 127years old, in Kirjath-arba of Canaan. Abraham urged the sons of heth to get a field from Ephron the son of Zohar, to bury his wife. The sons of heth offered  him field, which ever Abraham likes in that area. but Abraham wants to purchase the land for silver, finally he purchased the land for four hundred shekels of silver. When Abraham approach the sons of heth for burying place for his wife, they said ” you are mighty prince among us. “ 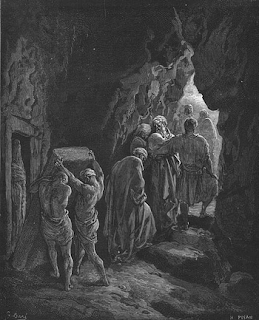 Even though he was a stranger in Canaan, he commanded good respect because of his God fearing nature.
” God fearing nature in this world commands respect among non christians also, in addition to the blessings of God. ”
~ Genesis Chapter 23